Discover the best areas to live 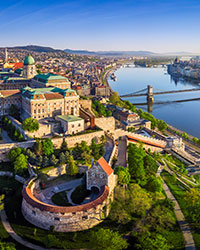 Situated in the heart of Central Europe, Hungary’s neighbors are Slovakia to the north, Ukraine and Romania to the east, Serbia, Croatia and Slovenia to the south and southwest, and Austria to the west.

Hungary is a country to set your sights on for multiple reasons, as it provides numerous gifts that are becoming less and less common in Europe.

The country’s main touristic charm is its abundance in mineral water, thanks to which it became one of the most popular targets for spa tourism.

Its second most noteworthy aspect is the rich wine culture it cultivates, boasting a surprising number of 22 vineyard across such a small country. Our gastro- and wine culture is world renowned and manifold. More and more people visit for the almost 300 musical and cultural festivals held each year.

Hungary is made even more picturesque by around 3500 castles and chateus that attract international attention as they are being renovated. Our country contains 8 world heritage sites, 1500 museums, more than 1000 kilometers of tourist paths, loads of country houses and cottages, natural lakes and innumerable other sights to cater for everyone.

Hungary is also considered one of the ten countries with the best security, which became more valued with the current world affairs. 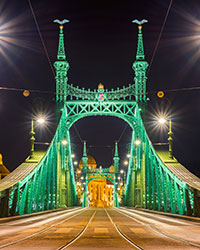 Budapest is one of Europe's most delightful and enjoyable cities, offering the best sceneries, stunning architecture, palaces and historical buildings. The capital city is split by the Danube River, with Buda on the western and Pest on the eastern side, giving an exquisite merger of two different characters of the city.

The Hungarian capital abounds with excellent fine dining spots where you can find some of Europe’s most opulent dining opportunities.

Budapest is filled with beautiful thermal baths, all with healing properties and stunning architecture, which are the absolute perfect places to relax and take some time out from the noise of city life.

Let’s download our investment guide, read it carefully and know everything about the investment potential of Budapest !

To stay up to date on luxury real estate news in Hungary and internationally, subscribe to our newsletter.

Send this page to a friend